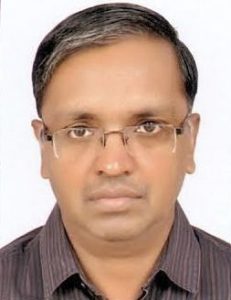 Department of Economics – A Historical Perspective

The Department of Economics is one of the oldest departments of the University. It was established in 1942 with the appointment of Professor V.K.R.V. Rao as the first Professor of the University by the Vice Chancellor, Sir Maurice Gwyer. In the early years, post graduate teaching was conducted with the help of college teachers in the one-man department in the barracks near the Vice Chancellor’s office. On the initiative of the Founder-Director, Professor V.K.R.V. Rao, the Delhi School of Economics was formed in 1949 as an institution for advanced studies in Economics and allied disciplines with the Department of Economics as the nucleus and with Prime Minister, Pt. Jawahar Lal Nehru as its President.

By 1953, teaching shifted to the Arts Faculty and the Department of Economics had three professors – V.K.R.V. Rao, B.N. Ganguli and K.N. Raj. The School moved to its new building in 1956 and the expansion of the Department continued. The 1950s also witnessed visits by eminent economists including J.R. Hicks, Lady U. Hicks, Maurice Dobb, Nicholas Kaldor and Joan Robinson. By the early 1960s, Amartya Sen, Jagdish Bhagwati and Sukhamoy Chakravarty had joined as Professors.

At present, the Department is one of the three constituent departments of the Delhi School of Economics, the other two being Geography and Sociology and is at the forefront of teaching and research in economics. In 1965, the Department was the first economics department in the country to be recognized by the University Grants Commission as a Centre for Advanced Studies, a distinction that it holds till today. The Department offers Masters, M.Phil. and Doctoral programmes in Economics, which draw a huge number of applicants from all over the country and many from abroad. These programmes have a strong theoretical and quantitative focus emphasizing empirical applications. Their hallmark is the dynamic curriculum offered, continuously reviewed and updated in line with the latest developments in the subject.

In keeping with the tradition of excellence, faculty members of the Department of Economics continue to publish widely in leading national and international journals. They have also written several books, working papers and are actively involved in various research projects. It is notable that based on its research profile, the Department has for many years been ranked the highest amongst Economics departments in India by RePEc (Research Papers in Economics), which is a global electronic archive of working papers and publications in Economics and Finance  (http://ideas.repec.org/top/top.india.html).

National and International Recognition: Past and Present Faculty

Several former faculty members, including Amartya Sen, Jagdish Bhagwati, Sukhamoy Chakravarty, Prasanta Pattanaik, A.L. Nagar, Kaushik Basu and Bhaskar Dutta have been Fellows of the Econometric Society, a much-coveted and distinguished honour in the field of Economics. More recently, Rohini Somanathan has been awarded this honour.

Om Prakash has been honoured with the royal decoration “Knight in the Order of the Netherlands Lion” awarded by Her Majesty, the Queen of Netherlands. K.L. Krishna and V. Pandit have served as Presidents of the Indian Econometric Society. Santosh Panda served as Vice President of the South Asian University.

Apart from these honours, current members of the Department have served as visiting faculty at the finest Economics departments around the world and as consultants to various important national and international institutions.

Various members of the faculty, past and present, have been actively involved in planning and policy making. Former Prime Minister, Dr. Manmohan Singh was a faculty member in the Department during 1969-71 and again in 1996. The Founder Director of the Delhi School of Economics, V.K.R.V. Rao was the Minister for Education in the 1970s and a member of the Planning Commission. Sukhamoy Chakravarty and Suresh D. Tendulkar both served as Chairman of the Prime Minister's Economic Advisory Council. K. Sundaram served as the Chairman of the National Accounts Advisory Committee and a member of the Expert Group to Review the Methodology for Measurement of Poverty. Kaushik Basu was Chief Economic Advisor in the Ministry of Finance, and later Vice President and Chief Economist of the World Bank.

T.C.A. Anant is a member of Union Public Service Commission. He earlier served as the Chief Statistician of India and Secretary, Ministry of Statistics and Programme Implementation, and Member Secretary, ICSSR.  Pulin Nayak and Aditya Bhattacharjea have served on the Board of Directors of Export Import Bank of India and the Competition Law Committee. Santosh Panda served on the Board of Directors of the National Housing Bank. Pami Dua served as a member of the first Monetary Policy Committee of India. Several others have served as members of high-level government and international bodies.

At the international level, Delhi School of Economics has been an active participant in the United Nations based Project LINK from the early 1980s through the life of the project till 2020. Project LINK integrated independently developed national macro models into a global model for macroeconomic forecasting and policy analysis. Those associated with it in the past from DSE include V. Pandit and K. Sundaram. Pami Dua was recently the lead faculty from the Department in this project.

The Department houses the journal, Indian Economic Review, since 1952. The journal has established itself as an international outlet for publishing high quality research in Economics under the stewardship of illustrious editors and managing editors including V. K. R. V. Rao, B. N. Ganguli, K. N. Raj, K. A. Naqvi, Manmohan Singh, Prasanta K. Pattanaik, Dharma Kumar, Suresh D. Tendulkar, V. Pandit, Partha Sen, Pami Dua, and Sunil Kanwar.  Since 2017, it has been published by Springer, a reputed international publisher and is currently edited by Uday Bhanu Sinha.

Faculty members of the Department also edited the Indian Economic and Social History Review and the Journal of Quantitative Economics for several years.

The Department hosted several workshops, conferences and seminars periodically in the recent past. The Department organised the Asian Meeting of the Econometric Society (AMES 2012), the most prestigious learned society in the field of economics. In 2013, the Department organised a special Golden Jubilee conference of the Indian Econometric Society (TIES). Asia-Pacific Innovation Conference (APIC 2018) that brings together scholars in the Asia Pacific region interested in the legal, managerial and economic aspects of innovation, was hosted by the Department. The Public Economics Workshop was organised jointly with the Centre for Research on the Economics of Climate, Food, Energy, and Environment (CECFEE), the Indian Statistical Institute, in 2017. For four consecutive years, annual conferences have been organised in collaboration with the Centre for Competitive Advantage in the Global Economy (CAGE), the University of Warwick. The Department is the lead institution in India participating in the BRICS Network University, an initiative undertaken by the National Governments.

The Department is proud of its numerous alumni who have gone on to distinguished academic careers, including Fellows of the Econometric Society such as Dilip Abreu, Bhaskar Dutta, Gita Gopinath, Vijay Krishna, Tapan Mitra, Dilip Mookherjee and Arunava Sen (who was also awarded the prestigious Infosys Prize). Department alumni can be found in most major Economics, Business and Public Policy departments worldwide, very often as members of the faculty, and even more commonly, as doctoral students. They have also carved a niche for themselves in the government, corporate arena, banking, social sector, consulting, publishing and media.